Q: How did you get into radio and why?
A: 14 years ago when I was back in Cairns visiting my parents from my home base in Canada, I won a promotion on SCA’s Hot FM to ‘Fill-In’ for the brekkie announcer who was off on a two-week holiday. Soon after that stint, I was offered a full-time breakfast announcing role on another show. I decided to pack my apartment up in Vancouver and move back to Cairns and start this new career.

Q: Describe your typical day as a brekky radio announcer?
A: Within 15 minutes of my alarm buzzing at 4:20am I have showered, dressed and kissed my dog goodbye, all while trying not to wake John as I tiptoe out the door. From 4:50am I follow up on the stories we have prepped in our Show Plan, and familiarise ourselves with current issues. From 5:30am it is game on! We’re typically at work until 1-2pm each day, pre-recording interviews, planning the week ahead and meeting with clients. Every day is different which I love!

Q: Favourite person you have interviewed and why?
A: The GOAT of commentary and the ‘Voice of Rugby League’, Ray ‘Rabs’ Warren. I grew up to Rabs’ voice on the telly and respect his commentary and interviewing technique, so to have 5mins with the great man himself was such a thrill. I still am proud of that interview!

Q: If you could interview anyone, who would it be and why?
A: The cast of The Hangover. In particular, Zach Galifianakis and Ken Jeong. I love those guys and their comedy skills. I love laughing and think they’d be great to have a little fun with.

Q: All time favourite band?
A: 100% Fleetwood Mac! One of my biggest music regrets is that I never made a big enough effort to see the whole band at one of their Australian gigs.

Q: If you weren’t a radio announcer what would you be doing right now?
A: Sticking with the job I had before I returned to radio at Triple M. I am also a Sports Event Commentator and Marriage Celebrant. Very different roles but engagement is key in both.

Q: Fav place to eat out in Cairns?
A: I am a massive fan of ‘Tamarind’ at the Pullman Reef Hotel Casino. It has been my favourite restaurant for many years now and a place that my family go to celebrate a special birthday or milestones in our life. I love every dish they serve, and the service and wine list is exceptional!

Q: Fav place go on a weekend?
A: Rusty’s Markets for the win! There isn’t barely a weekend that goes by that I don’t drop into the markets for my fruit, veg and a tasty lunch. The first weekend Bodge arrived I took him and Alysha for a walk around and proudly introduced them to the Food Court. He is hooked!

Q: What can we expect from Tammy Barker and Bodge for Breakfast?
A: I’m really excited about our professional future! Bodge has a really good heart and is a major frother for radio which makes him so fun and easy to work with. I think there will be a lot of creativity. Exciting promos, interviews with big name identities and a fun take on local stories.

Q: How did you get into radio and why?
A: Total accident. I was bartending in Adelaide and had just gone through a break-up. A friend said I should look into The Australian Radio School because they’d just finished a series of classes and they’d enjoyed their experience. I made the call to SAFM’s Sean Craig Murphy, who runs the school, and he talked me into it within minutes. Not long after finishing, I was asked to move to Tamworth to take over the breakfast show on 2TM. The rest, as they say, is history.

Q: Describe your typical day as a brekky radio announcer?
A: I set about 4 alarms on my phone and snooze 3 of them. I then roll out of bed and put on whatever is closest to me, before dragging my feet to the car. More often than not, my fiancée, Alysha, will hear me leaving (no matter how quiet I try to be) and chase me down for a hug before leaving. On the way into work, I usually listen to our overnight announcer Luke Bona to hear what’s happened overnight, before getting a coffee at Maccas to pep myself up for the show. Tammy is usually already at work and raring to go without a coffee in her, which is weird because if I didn’t have a coffee in the morning, I’d be much grumpier.

Q: Favourite person you have interviewed and why?
A: As weird as this may sound, The O.G Yellow Wiggle, Greg Page. I interviewed him on my very last show in Port Macquarie, and he was promoting a series of First Aid classes after his collapse on stage. I was already a bit emotional, due to the show wrapping up, but hearing his voice was oddly comforting. In the early ‘90s I went to a Wiggles show in Gawler, South Australia. I was about 6 and The Wiggles ended their show by dancing their way through the crowd of kids to the door. Greg high-fived me and, for at least the next few years, it was the coolest thing that had ever happened to me. Fast forward 25 years later, Greg Page, who knew this backstory and that it was our last show, sang ‘Hot Potato’ to me and I was instantly taken back to being that six-year-old boy again. Absolute magic.

Q: If you could interview anyone, who would it be and why?
A: Karl Pilkington. The man is an absolute gold mine for unintentional comedy. He was the producer for The Ricky Gervais radio show at XFM in the UK, and truly has one of the most remarkable minds in the world. From an interviewer’s point of view, you could throw any menial topic or question and Karl’s response would be both hilarious and totally unique.

Q: If you weren’t a radio announcer what would you be doing right now?
A: That question requires a bit more than a direct answer. As someone who has just returned to radio, after being made redundant a couple of years ago due to the pandemic, I was quite lost for direction while outside of the industry. During my time in the radio wilderness, I learnt a great deal about myself and what I wanted out of life. I came to the conclusion that growing my own food would bring me the satisfaction and a sense of my place in the world that couldn’t be achieved in any 9-5 job.

Q: Fav place to eat out in Cairns?
A: Pho Viet on Abbott St. It’s not fancy, it’s not somewhere I have to dress up, and they make damn good Pho and Banh Mi.

Q: Fav place go on a weekend?
A: I feel like this answer will probably change quite a few times, depending on mood and time of year. I love going to Rusty’s Markets and seeing all the fresh and local produce on display. Though I often can’t be bothered doing it, I love to cook. So, the range of produce is currently providing me with loads of ideas. I cannot wait to make something new with food that’s hard to find where I grew up, but which is grown in surplus here.

Q: What can we expect from the Tammy Barker and Bodge Show?
A: I’m still allowing Tammy (and the listeners) time to acclimatise to my personality, before deep diving into the zany and ambitious stuff I have planned.
Before we started the show, we spoke extensively about what kind of show we wanted. Our own individual goals and stunt ideas aside, the ethos of our show is one that is open to anyone and everyone and championing all things local. I’ll probably cross a couple of lines here and there and Tammy will no doubt have to drag me back in line occasionally.

Tammy Barker is a proud Cairns local, has her finger on the pulse of everything happening in town and has some wild stories to tell! As a professional stuntwoman for 12 years, she was set on fire, dragged by horses, flung from 50 metre buildings, and was the ‘Gabrielle’ stunt double on Xena: Warrior Princess. She’s also a marriage celebrant!

Jason Bodger is a born storyteller. His ability to flit between his cheeky larrikin persona (which often lands him in hot water) to tackling the meatier, more sensitive issues with ease, is what makes him a great broadcaster. Bodge’s journey began at the Australian Radio School in Adelaide, which saw him catapulted across the country to hosting the 2TM breakfast show in Tamworth, then to 2MC in Port Macquarie, then onto Hit Mid North Coast breakfast, and now to Triple M Cairns.

When Bodge was a teenager, he lived on the streets of Adelaide for a time. From that lived experience, he has gone on to have a great deal of involvement with homelessness services, lending his voice to any and all organisations that offer assistance to youth homelessness.

Tammy Barker & Bodge for Breakfast on 99.5 Triple M Cairns airs weekdays from 5.30am to 9am. 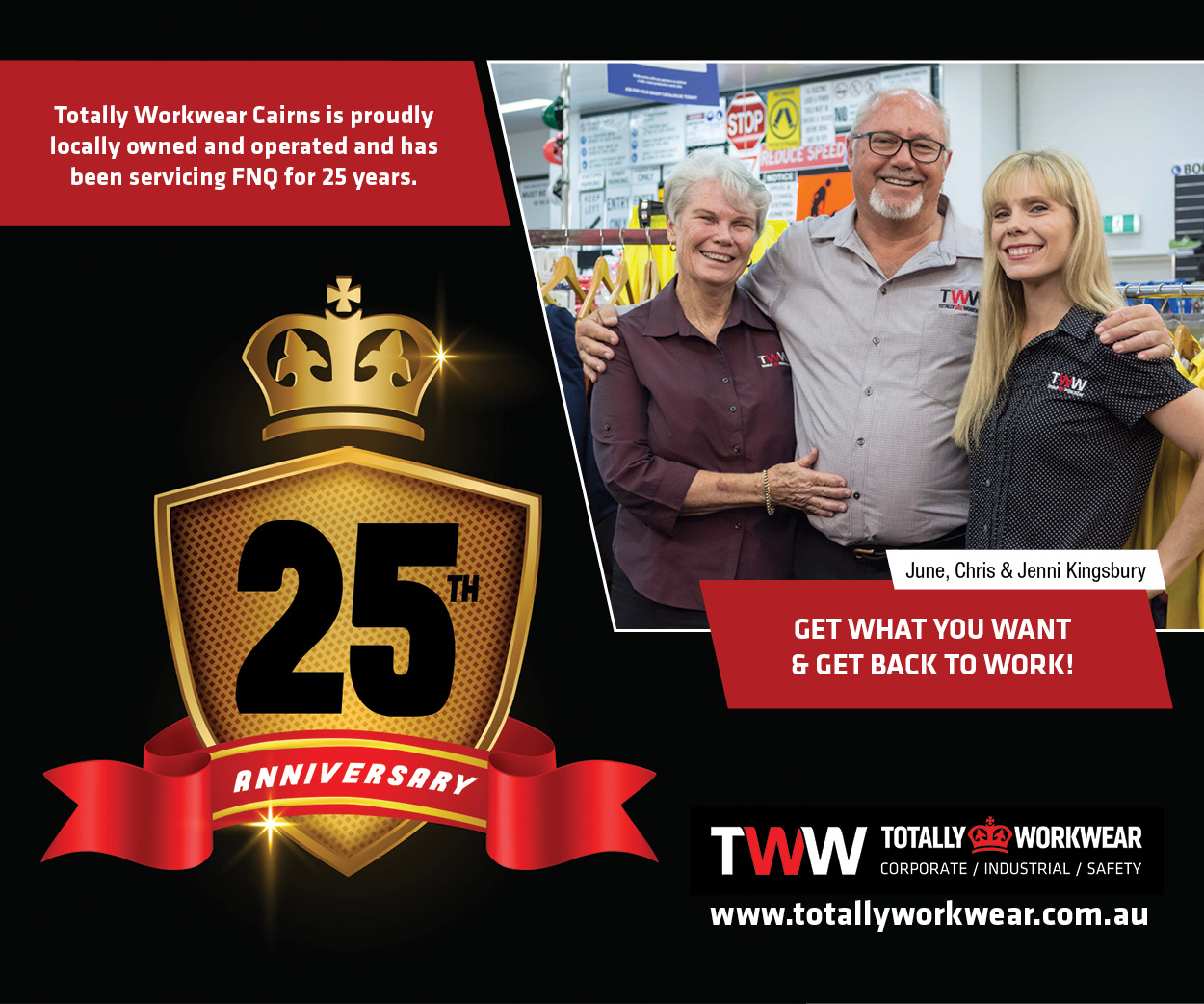 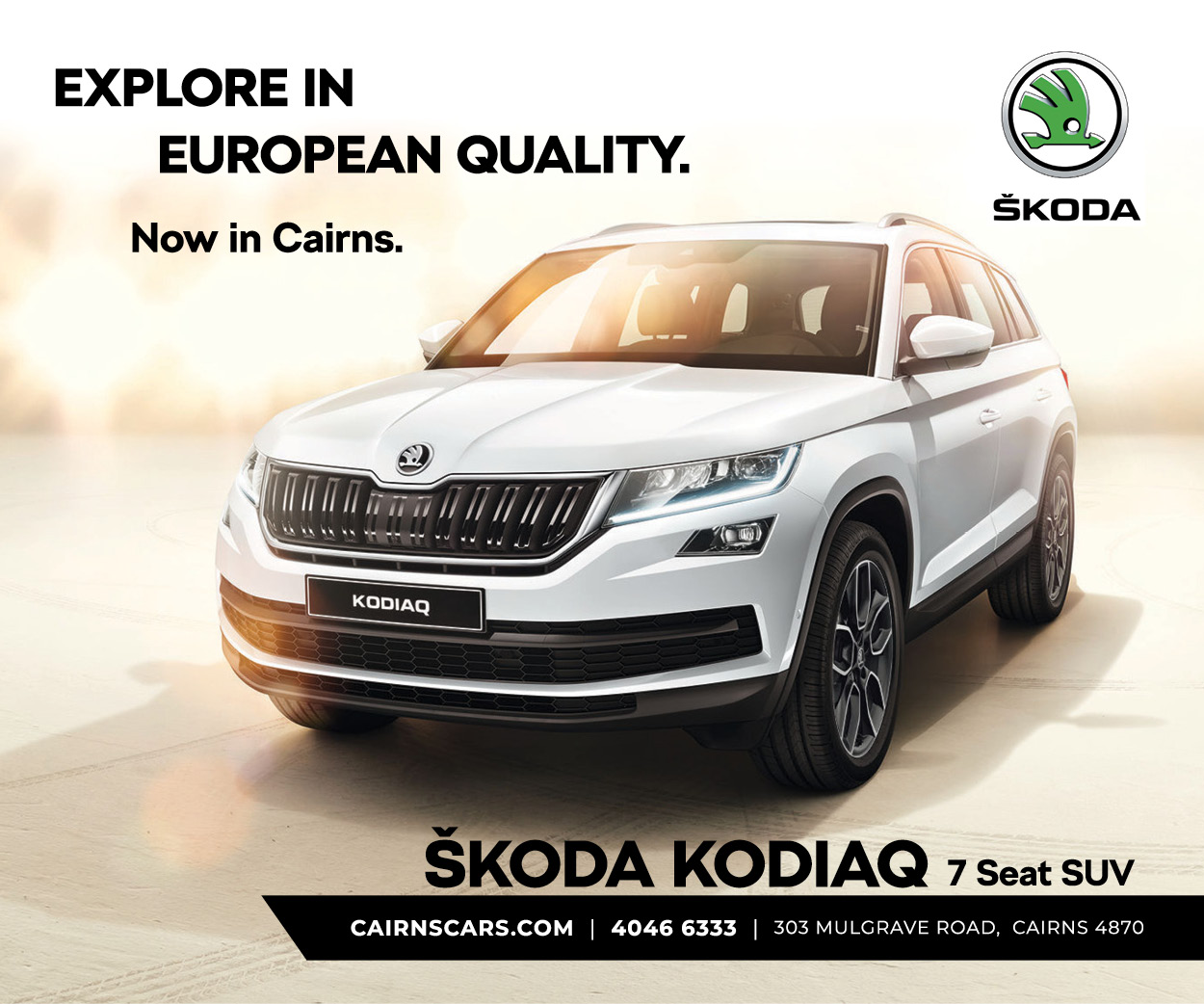 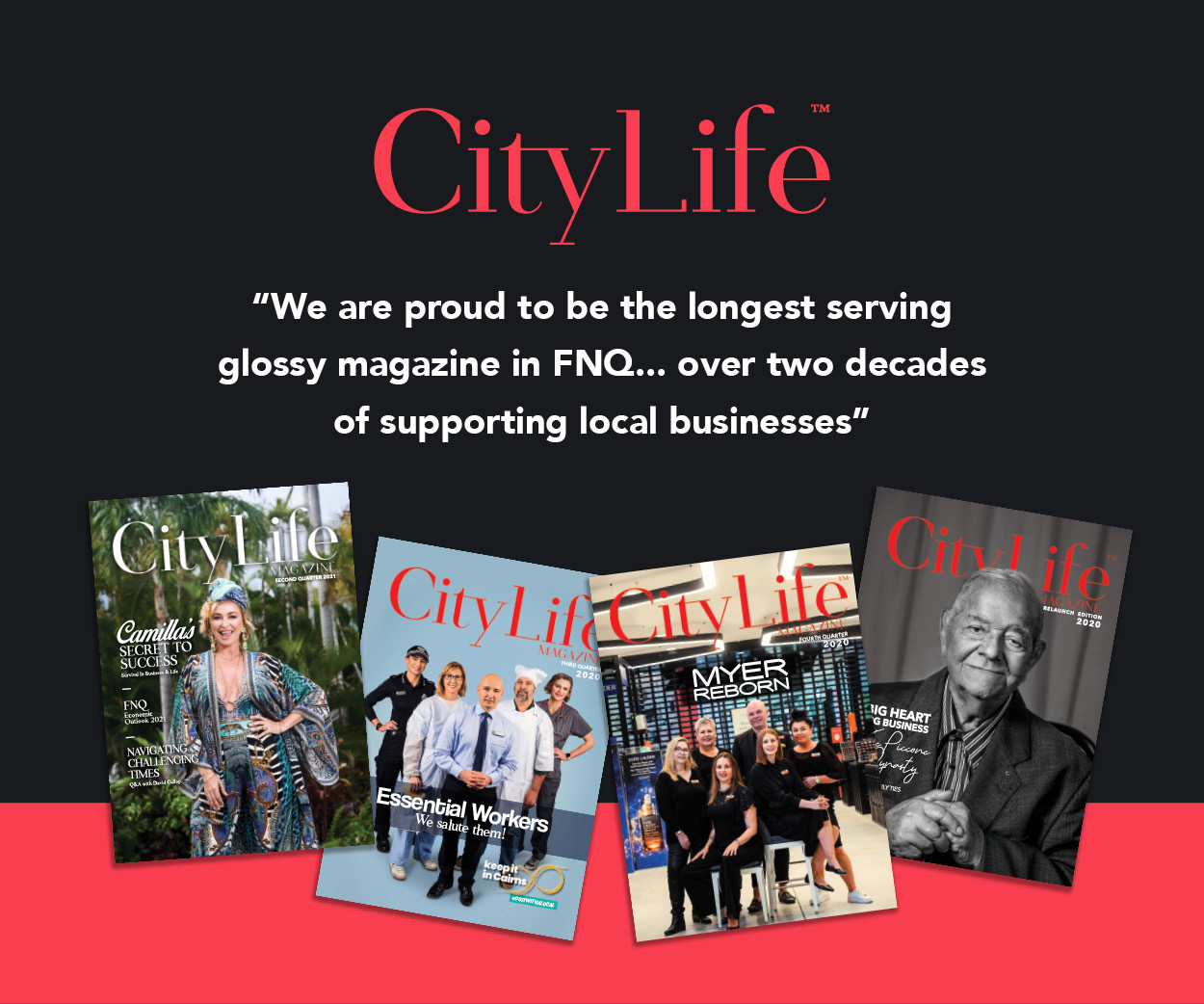 Workwear For Everyone Kingsbury Family

Give Hope Where It’s Needed Most